According to a study by the American Centers for Disease Control and Prevention, Bargain E-Juice says Americans with various mental illnesses are more likely to smoke than regular people by 70 percent. Aside from this, with vaping being a new trend, more people could actually be at risk.

As a result, psychologists are hard at work trying to understand this situation and help their patients to quit. Some of the severe illnesses that have been linked to tobacco usage include heart disease and lung cancer.

However, further complicating the situation is that people who are suffering from mental illness smoke more often than those without.

Why Do People with Mental Illness Tend to Smoke More?

Researchers have attributed vaping among people with mental diseases to various factors. These range from biochemistry to environmental factors. Let’s take a look at these factors in more detail below.

Nicotine, the active ingredient in many tobacco products, is a powerful drug. In fact, its effects are the same for people with or without mental illness.

However, in some situations, people with mental illness use vaping or smoking to tone down their symptoms or the side effects of their medication.

For example, people who suffer from frequent panic attacks are less likely to quit because the effects of nicotine withdrawal increase the heart rate, resulting in a heart attack.

Moreover, some of the effects of nicotine are more desirable to some patients with mental illness. For example, nicotine improves concentration and attentiveness. Still, this effect only lasts for a short time – generally for only around five minutes. However, this can cause them to smoke more often to sustain the desired effect.

Biochemistry goes about halfway in explaining why people with mental illness smoke more. In turn, environmental and social factors can explain the other half.

In this case, some of the risk factors for people with mental diseases include low socioeconomic status, resulting in homelessness and living under other downtrodden conditions. Furthermore, they often lack comprehensive medical insurance and access to necessary resources that may help them quit.

Unfortunately, the current mental health care system contributes to smoking among patients. They do this by using tobacco as an incentive. Historically, psychiatric hospitals have rewarded patients with cigarettes or outdoor breaks for displaying good behavior and complying with medication.

Fortunately, using tobacco incentives has declined in psychiatric centers. However, some practitioners still operate under the misconception that some patients need to continue smoking to keep the symptoms of mental illness in check.

There are questions on how to check smoking among people with mental disorders best. After all, smokers in the general population lose about a decade of their lifespan compared to nonsmokers.

In this case, researchers have suggested that one of the most effective ways of treating tobacco addiction is integrating it with the treatment of other mental illnesses.

The potential success of this method was seen when tobacco quitting treatment was integrated with PTSD treatment in veterans. In such cases, they were more likely to quit vaping or smoking in 18 months than their counterparts who participated in their treatment separate from PTSD treatment. 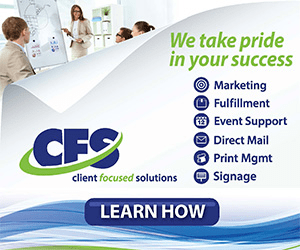